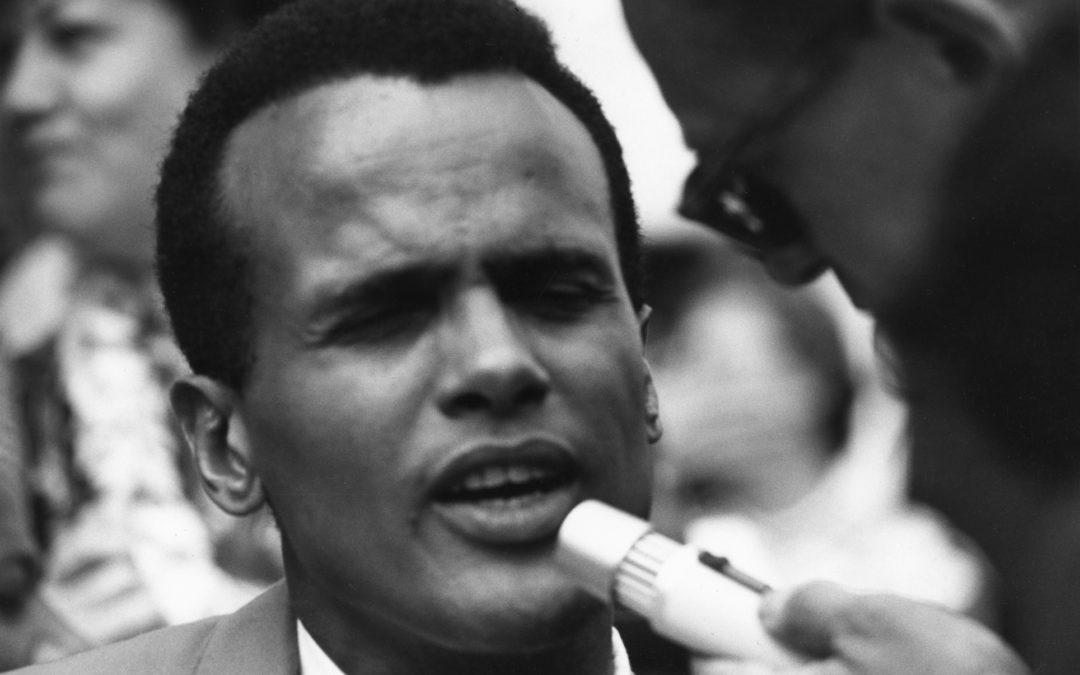 Back by popular demand, bandmates of icon Harry Belafonte will celebrate his 92nd birthday with tribute concert at Aaron Davis Hall on Friday, March 1, at 7:30 p.m. 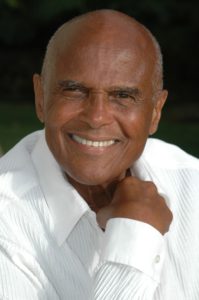 NEW YORK (February 8, 2019) — Audiences will have another chance to celebrate the life of the trailblazing entertainer and activist Harry Belafonte with artists who knew him well, as the uplifting  and dynamic concert “Turn the World Around: The Music and Legacy of Harry Belafonte” returns to Aaron Davis Hall on Friday, March 1, at 7:30 p.m.  Presented by City College of the Arts (CCCA), the musical tribute on the icon’s 92nd birthday will feature songs from the Belafonte songbook performed by members of the Belafonte Alumni Group, a collection of artists who have performed with the star for decades. Vocalists Ty Stephens and Branice McKenzie as well as keyboardist and longtime Belafonte musical director Richard Cummings Jr. will be among the performers.

A legend who has set a trailblazing path in the entertainment industry, Belafonte first emerged on the world stage as a singer who introduced the masses to calypso music with hit songs including “Matilda,” “Day-O (The Banana Boat Song)” and “Jump in the Line.” His talent as an actor led to his starring roles in groundbreaking films such as Carmen Jones (1954), Island in the Sun (1957) and Buck and the Preacher (1972). An internationally acclaimed performer, Belafonte has perhaps inspired even more people through his work as an activist and tireless fighter for social justice. A dedicated humanitarian, he was a personal friend to and worked alongside Dr. Martin Luther King Jr. in the fight for civil rights in U.S., fought in the anti-apartheid movement in South Africa and continues to work with and inspire younger artists in the struggle to end modern-day injustices.

In the “Turn the World Around” tribute concert, the Belafonte Alumni Group will present audiences with renditions of some of his best-known songs as well as messages and personal anecdotes of life with the legendary entertainer from alumni members and other notables. A reception, open to concert ticket holders, will be held following the concert.

In addition to celebrating the birthday of the entertainer and humanitarian, the concert will also be dedicated to the memories of Harold Lee Melvin, Belafonte’s personal assistant and hair stylist, and Daa’iya El-Sanusi, treasured radio personality and Belafonte Alumni Group member. Both Melvin and El-Sanusi passed away in 2018.

“We are thrilled to bring this concert back to Aaron Davis Hall. It’s a fantastic, energetic night filled with great music and memories that audiences always seem to love,” said Ty Stephens, event organizer and member of the Belafonte Alumni Group.

“Turn the World Around: The Music and Legacy of Harry Belafonte” is sponsored by the Janus Property Company. Additional support is provided by Mike McSwain Architect, Lou Switzer and Gina Abandonato-Switzer, Collegium Capital Partners and Madison Square Realty Collegium.

Lighting design and production management for the concert are by Steven R. Jones of the Belafonte Alumni Group.

www.citycollegecenterforthearts.org or by calling the box office at (212) 650-6900.Tickets can also be purchased in person before the March 1 concert at Aaron Davis Hall Tuesday through Friday from 12 noon to 6 p.m. Aaron Davis Hall is located on the campus of the City College of New York, at West 135th Street and Convent Avenue (129 Convent Avenue).  Follow City College Center for the Arts on Facebook, Twitter or Instagram at @ccnyarts.

The Belafonte Alumni Group includes music director Richard Cummings Jr., vocalists Ty Stephens and Branice McKenzie, and production manager Steven R. Jones, who together have dedicated more than 50 years to supporting the great work of Harry Belafonte from one corner of the world to the other. The Belafonte Alumni Group was organized to celebrate the iconic performer — his music, his commitment, and his courage — to create a world of compassion, insight, equity and service. The late journalist and broadcaster Daa’iya El-Sanusi was also a member of the group.

Richard Cummings Jr. is a pianist, composer, arranger and conductor who worked as musical director for Harry Belafonte for nearly two decades. He has performed and recorded with Mr. Belafonte as well as with Dianne Reeves, Letta Mbulu, Hugh Masekela, Wayne Shorter, Melvin Van Peebles, Jon Lucien, and many others.

Steven R. Jones joined the Apollo Theater Foundation, Inc., New York, in 2001 and worked as the lighting designer and the director of production and touring at the world famous Apollo Theater for 15 years. He also worked for 15 years as the production tour manager and lighting director for Belafonte Enterprises, Inc., which included Mr. Belafonte’s national and international tours, special events through UNICEF, television specials such as Harry Belafonte and Friends, and more.

Branice McKenzie is a vocalist and composer who has performed on stages everywhere, from Moscow’s Tchaikovsky Hall to New York’s Carnegie Hall. She has shared the stage with artists including Harry Belafonte, Roberta Flack, Gregory Hines, Carly Simon, Miriam Makeba, Hugh Masekela and Ledisi. As a composer, her work includes the Off-Broadway hit Shades of Harlem and the upcoming family musical Planet for Children. She is an artist-in-residence at Oakland School for

the Arts in California and is founding minister of music at Heart and Soul Center of Light in Oakland, California.

Ty Stephens is a vocalist and songwriter who has performed or appeared with Harry Belafonte, Gregory Hines, Phyllis Hyman, Patti Austin, Jeffrey Osborne, Smokey Robinson, Liza Minnelli, Natalie Cole, Ledisi, and more. He has appeared on Broadway in the original productions of

Sophisticated Ladies and Marilyn: An American Fable and in the hit Off-Broadway show On Kentucky Avenue, for which he won the AUDELCO Award for Lead Actor in a Musical (2018).

About the City College Center for the Arts:

College, elevating the profile of Aaron Davis Hall in the greater New York area, and connecting the College to the surrounding community through the arts.