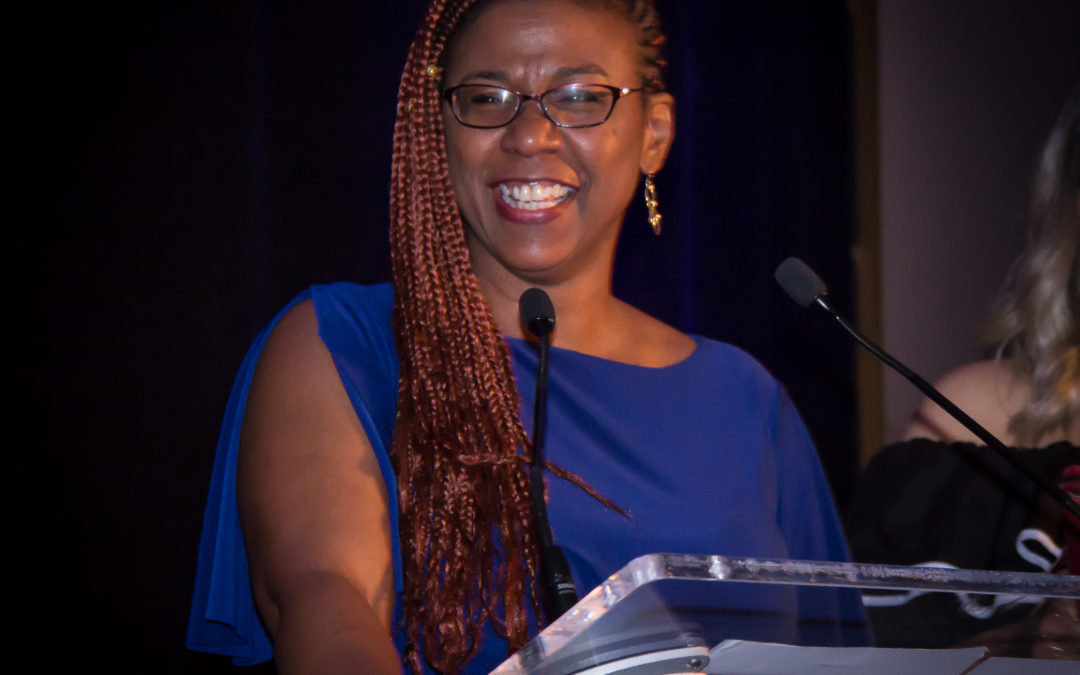 NEW YORK (February 15, 2021) — Leslie Fields-Cruz, executive director of Black Public Media (BPM), has been named to Crain’s New York Business’ 2021 Notable Black Leaders and Executives list. The list highlights Black businessmen and women working within the New York City metropolitan area who have impacted and helped the city in significant ways through their professional, civic and philanthropical work. As the head of BPM, a Harlem-based nonprofit dedicated to developing, funding and producing content by and about people throughout the African Diaspora, Fields-Cruz has worked at the nexus of media and diversity for decades.

“I’m honored to be included on this list with so many extraordinary professionals from different fields working to make permanent and positive change for Black communities and other people of color around the world,” Fields-Cruz said.

A graduate of the University of California, Berkeley, and New York University, Fields-Cruz joined BPM — then known as the National Black Programming Consortium — in 2001, overseeing the organization’s grantmaking to documentary programs slated for PBS. In the ensuing years, her commitment to telling stories that show the fullness and complexity of Black life proved instrumental to the creation of BPM’s signature series, AfroPoP: The Ultimate Cultural Exchange. Now entering its 13th season, the series, which brings documentary films about people from all corners of the modern African diaspora to U.S. audiences, remains the only public television series dedicated solely to showcasing the global Black experience. Fields-Cruz also served as co-executive producer for the Peabody Award-winning PBS documentary 180 Days: Inside An American High School. She was named BPM’s third executive director in 2014.

Fields-Cruz has helped the storied nonprofit surge forward in its commitment to Black creatives and stories as new methods and technology for storytelling continue to emerge. With her sights focused on lifting new voices in the media and filmmaking community, Fields-Cruz led BPM in the development of its 360 Incubator+ program, which has facilitated the mentoring and training of Black filmmakers, writers and other creatives since 2014; the program pairs the storytellers with industry professionals and links them with potential funders and distributors. Under Fields-Cruz, BPM has established its BPMplus program to train Black storytellers in emerging technology such as virtual reality.

In June 2020, as the COVID-19 pandemic and summer of racial justice converged to create new realities on a number of fronts, Fields-Cruz focused BPM’s second annual Black Media Story Summit on helping producers and filmmakers learn how to navigate a media landscape more open to Black stories but severely altered by new filmmaking protocols and other safety measures. She also established BPM’s Emergency Relief Fund, which disbursed $30,000 in immediate aid to BPM creatives who found themselves in desperate need. The fund has since become a permanent resource to assist BPM creatives facing emergencies brought on by health or natural disasters in the future.

Under her leadership, BPM has funded numerous projects by noted filmmakers including Melissa Haizslip, Thomas Allen Harris and Yoruba Richen, and is supporting buzzed-about new projects including Ailey (the documentary on the legendary dancer-choreographer Alvin Ailey, which premiered at Sundance Film Festival in January) and Mr. Soul! (which was recently nominated for an NAACP Image Award). BPM has also been named as a recipient of funding from Netflix to assist in the support of Black creatives.

Fields-Cruz’ dedication to the arts and diversity is also evidenced through her work as a board member for the Peekskill-based youth arts center New Era Creative Space and New York Women in Film & Television. She also is a Ford Foundation JustFilms Rockwood Fellow.