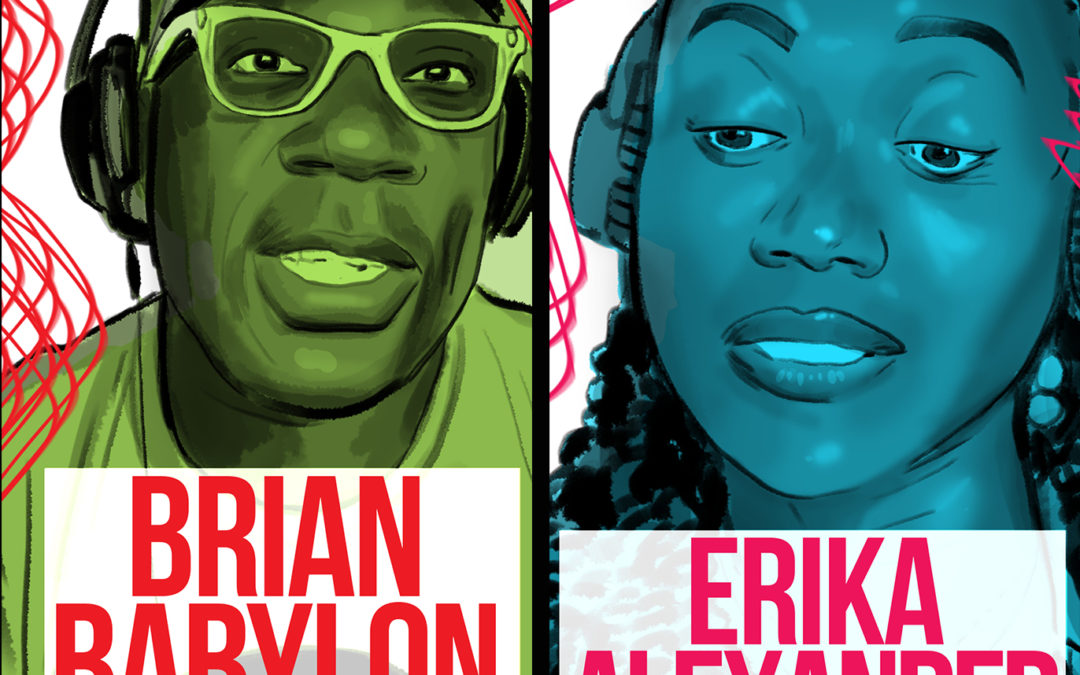 NEW YORK (September 23, 2020) — Black Public Media (BPM) is set to premiere BE HEARD!, a social media campaign engaging the African American community around key issues surrounding the November 3 election. The Harlem-based nonprofit dedicated to media content about the global Black experience has commissioned Color Farm Media to create a series of shorts featuring influencers — including actors Erika Alexander and Gabourey Sidibe and musician Big Freedia — discussing the importance of voting from the top of the ticket on down. The campaign, which debuted with a special sneak peek at the Urbanworld Film Festival, runs on various social media platforms through November 3.

Aiming to bring information to citizens of all ages and political persuasions, BE HEARD! consists of four video shorts of one minute or less, each featuring a pair of Black social influencers discussing election issues. Alexander and comedian Brian Babylon; political commentators Jehmu Greene and Shermichael Singleton; Big Freedia and writer Roxane Gay; and Sidibe and Ohio State Senator Nina Turner banter on the videos: Why Vote?, Listening, Reparations and Policing. Viewers can get in on the conversations and learn more about the initiative by following the hashtag #VoteBHeard and by visiting beheard.blackpublicmedia.org.

Excerpts from the shorts will be shared via Facebook, Instagram, TikTok and Twitter, and will steer traffic to the campaign webpage where viewers can watch the full-length shorts and access voting resources on topics like how to vote by mail, how to confirm one’s polling place, how to deal with voter suppression, and how to volunteer during the election. A short clip from the BE HEARD! campaign premiered this week at the Urbanworld Film Festival during a spotlight conversation on the Liz Garbus and Lisa Cortes documentary All In: The Fight for Democracy featuring Stacey Abrams, about the history of voter suppression in America.

“The ballot box is where we get to choose who makes decisions about our health, employment, environment, race relations — all critical issues that will impact us for generations,” said BPM Executive Director Leslie Fields-Cruz. “Having seen the power of Black voters in recent local, state and national elections, BPM launched this initiative to remind Black voters of their power, fuel civil discourse and counter voter suppression. In 2020, silence is one option we just can’t afford.”

BE HEARD! is a follow-up to Color Farm Media’s acclaimed documentary Good Trouble, on the incredible life journey of civil rights icon and voting rights advocate John Lewis. Color Farm’s founders Erika Alexander and Ben Arnon collaborated on the series with award-winning filmmaker Whitney Dow, with whom they are also producing a series of projects about reparations.

“Black Public Media has supported the diverse voices of our community for more than four decades and it was an honor to work with them on this important project,” said Alexander.

We are the “Motown of film, TV and tech.” We develop and produce premium-quality scripted and unscripted content for motion picture, television, streaming and podcast platforms. We produce content featuring multicultural characters and storylines for global multicultural audiences. We bring bold, unique stories to screens of all sizes.